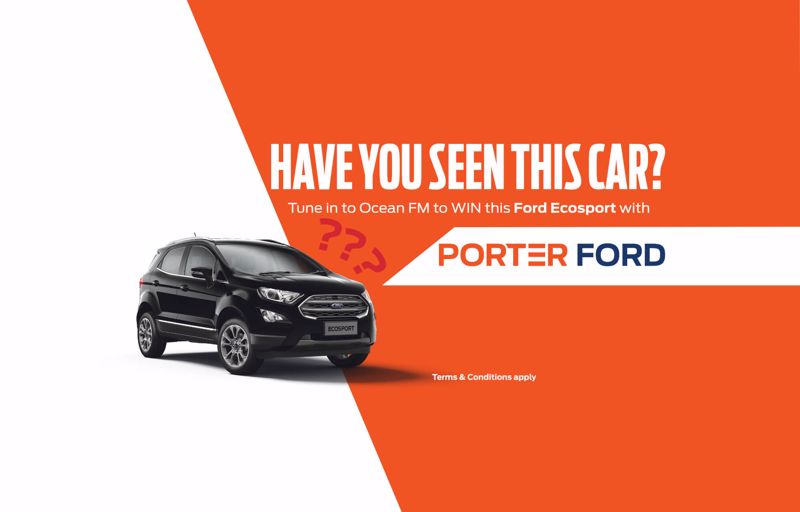 Porter Ford, the new Ford dealership for the North West, is launching a competition in partnership with Ocean FM, to give away a 191 Ford Ecosport SUV worth €25,000 this spring.